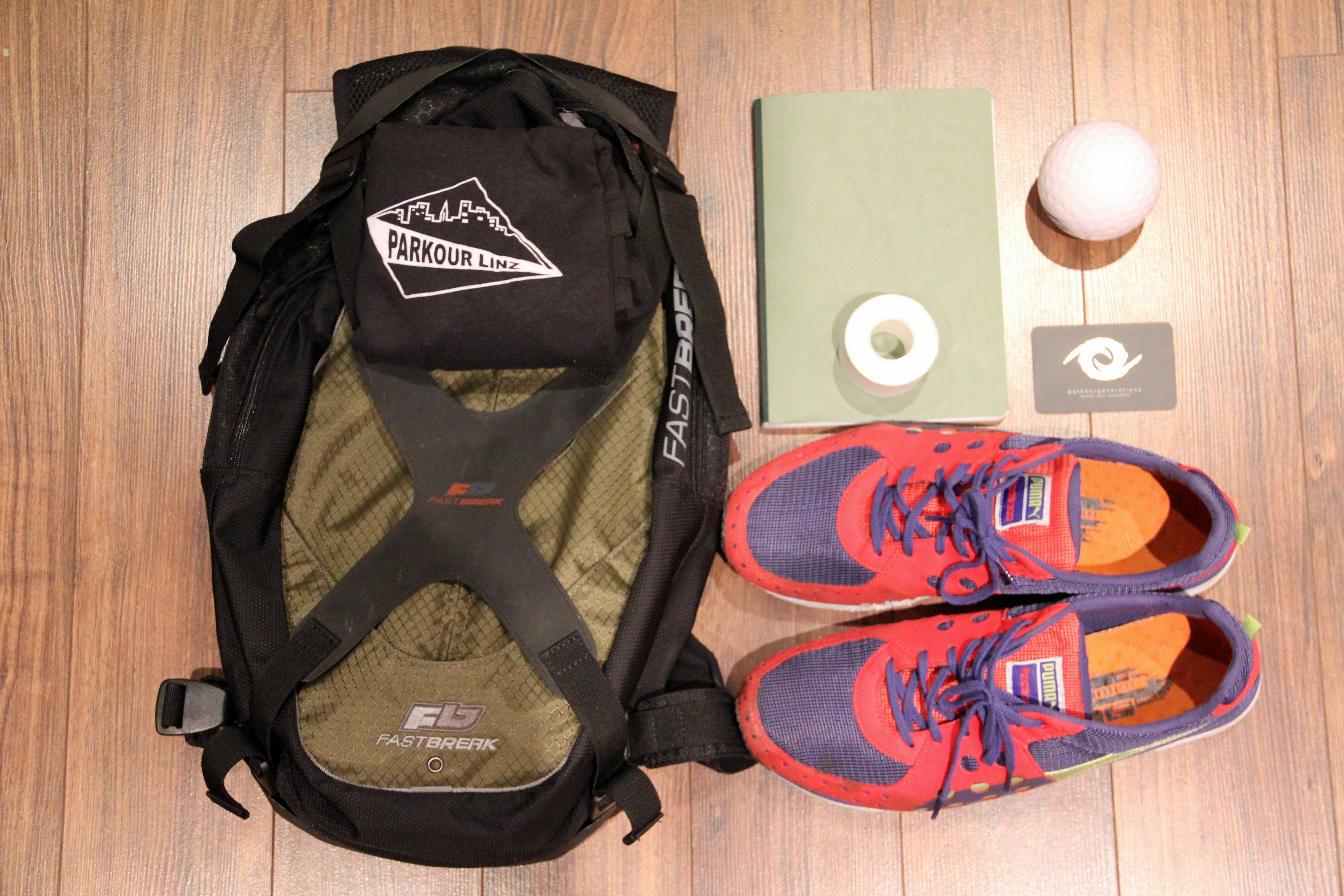 The following blog post is a republish from my experience in London where I did a 6 month intership for Parkour Generations. The experience shaped me, changed me and also changed my approach to parkour. It was written in german as at that time I was not aware I had international readers. This 5 part series of blog posts includes info on my everydaylife with PKGen, how I lost nearly 8kg in 4months, went from 0 muscle ups to 4 consecutive, how I did my frist ring muscle up, how I partcipated in the first ever Night Mission (which I took to Austria after), how I got ADAPT qualified (bringing ADAPT to Austria later on), how I spent hours and hours helping bringing the Chainstore (that became my office) to life with the team and many other great experiences. For the german version of this post – click HERE.

The following blog entry is a kind of review about my impressions during my time in London. London? Yes! It is planned that I will stay in London until the end of May 2014 to complete a sponsored but unpaid internship. The internship is supported by an EU-wide programme (Leonardo Da Vinci) and is comparable to Erasmus, only for people who have already completed their studies and are no longer enrolled. With a little luck I got the chance to do such an internship at Parkour Generations. With this I had the opportunity to combine Parkour and the skills I acquired during my studies, a privilege that I hope to live up to.

As a bonus I can visit all events and classes offered by Parkour Generations free of charge and therefore have the opportunity to further develop my parkour. The following blog entries during my 6-month stay will therefore cover 2 topics. 1. the life in England and the work for Parkour Generations and 2. my training experiences during this time.

I have been in England for about 3 weeks now. More precisely Kingston upon Thames. A short train ride to the centre of London. After a difficult phase of finding an apartment, I got to know Agota at my first meeting. Agota supports me as a kind of supervisor and introduced me to some of the tasks that are assigned to me over time. The range goes from simple administrative tasks to very responsible marketing activities and proves to be quite interesting. Basically, I am given a lot of freedom during my internship. I am not forced to keep to any deadlines nor do I have the feeling that someone would look over my shoulder non-stop. A circumstance leading me to want to prove being worth the chance and trust that was offered to me. I can’t say much about my work at the moment, because everything starts very slowly. I definitely feel well integrated and had the chance to get to know most of the Parkour Generations team at one of the regular team meetings.

As far as training is concerned, there is already a lot to report. My first class (in Canada Water, exactly where the Decathlon is) was led by James Gore and pushed me to my physical limits. Circulatory collapse, nausea and almost unconsciousness proved to me one point: Alex…you still have a lot to learn (addon 2019 – and must stop smoking above all – which I did after this disastrous experience in 2013 and have never done since then. Probably the greatest achievement of my stay in London…).

After a longer period without training (approx. 3 weeks, due to the preparations and the search for an apartment) I was already looking forward to attending my first PkGen Class (since 2009). The training started with jogging to the first spot, a long row of park benches along a more than shoulder high wall. Without a break we went into the first exercise, which consisted of overcoming every single one of the 10-15 park benches, then overcoming the wall, then overcoming the wall again downwards and repeating the whole thing at the next park bench. So a run of 10 – 15 sets of movements. Oh 2 things I had forgotten. 1. it had rained and 2. we carried our backpacks during the whole training. My backpack at that time was filled with about 5 kilos of Parkour Generations Flyer I had received that day and 1.5 liters of water. In addition a rain jacket. 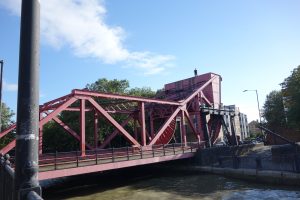 6 kilos of luggage is pretty heavy but it was still bearable, the training had only just begun. After the exercise we continued jogging without a break to the 2nd spot, a metal red bridge similar to a 1:5 version of the railway bridge in Linz. The first time break and introduction to the next exercise. We were led to a climbing route which moved us in approx. 6 meters height. Simple grips and enough grip in spite of rain made me do the exercise, because normally I try to avoid moving to height. The adrenalin was palpable and I decided to concentrate twice as intensively. A mistake at this altitude would be unforgivable. After repeating it several times James opened the 2nd route for us, which this time led to the highest point of the bridge at a height of 10-15 meters. With the intention not to overdo it, due to the rucksack and the tiredness, the rain and the darkness, I pulled it before Route 1 to repeat. After that the training turned into a power exercise, which made me feel my arms well after a few repetitions. Jogging I went on to the 3rd spot.

A long staircase, about 100 steps. The aim was 3 repetitions of the exercise. The exercise consisted of looking for a partner of the same size/weight and carrying him upwards with the help of 3 different grip techniques. After 2 repetitions, i.e. 2 times carrying, I had to give up. My body made it clear to me that it was no longer possible and so I staggered disappointed and on wobbly legs with some “almost vomit breaks” towards the subway to catch the next train. I felt the first improvement only in the train when I could sit motionless and powerless.

2 days later and shocked by my weakness I met some PKGen people for free training in Archway. A cozy atmosphere, many new impressions and the confirmation that everyone in the PKGen Performance Team more than deserves their place. Also, the people seem 1000 times better than in the videos that can be found on the site. The free practice is not so different from what I am used to. A lively exchange of ideas and the joint development of lines and combinations as well as the possibility to ask experienced people for advice.

The next 2 outdoor classes took place with Alex Pownall as coach. A 22 year old bundle of energy with physiotherapy background and massive coaching experience through PKGen. Alex doesn’t focus his classes so much on endurance and pure strength, although warming up was very exhausting at times. Quadrupple Movement is probably standard in all classes. The special thing about Alex´s Classes is the emphasis on both sides of movements. No matter if roll or pop-up on walls with immediate 180 degree rotation. Two-sidedness is one of the key elements to movement. Alex also has a preference for movements that can’t be repeated at different places (like cat’s jump, precision, etc…). This means that during training under the guidance of Alex we have developed new movements for different obstacles in order to move more efficiently. So get out of the comfort-zone and experiment with new movements. In the 2nd class with Alex he also presented us with 4 challenges, which were mentally very difficult for me personally. On the one hand for example a precision jump from a wet, wide wooden beam to the other with a 5 meter drop into ice-cold water at the end. Or a turn vault (both sides) on an extremely slippery stone with a drop into the cold water at the other end. Some of the challenges like the turn vault or a line over a wet rail were easier, but the precision was too demanding for me. 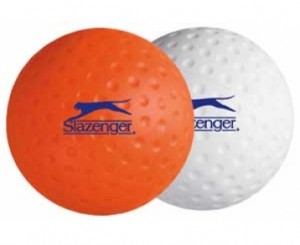 Alex also recommended some exercises for my lower back. And so the purchase of a hockey ball to loosen up the hip tissue was one of the next steps for me (see photo). About the success of the stretching and the torture (yes, the “massage” with the hockey ball hurts a lot) I report another time.

Another time I met some guys from the Saiyans and a visitor from Belgium for training in Abbey Road (see Parkour Generations Visions video with Kazuma, Stephane Vigroux and Yann Hnautra). A dream area and many new impressions made time fly by. The training was great and some challenges brought me back to mental limits. Above all, a pool of precision jumps with descending stairs to my back had made it difficult for me. It was not easy to dare to swing with full energy when you know that letting go of the pole to the back can end terribly. After several attempts, however, I had the pool under control and was able to continue training with a good feeling (maybe I will film it – 2019: nope sry). The Saiyans were quite nice and one or the other could still remember Bernard and my visit in 2009.

So much for the training experiences. There is a lot going on and in general I can say. It’s ALWAYS wet, even if it doesn’t rain… Oh and in December I will most likely be A.D.A.P.T. Lvl 1 certified.