In the first part of this interview Alex Pavlotski provides some great insight into the Parkour Panels (http://www.parkourpanels.com/) and the research related to them as well as his thoughts and observations on the commercialisation of sports and parkour in particular. Part 1 also revolves around the question if these developments are “good” or “evil” and what we as practicioners can actually do to oppose developments we don´t agree with. The interview continues…

When we think about co-option and the effect on groups or subcultures (like parkour) the whole sexism and language discourse is closely related. The use of language and the actual influence on the subculture might not be very obvious at first sight.

Alex:I think to some extent this was the inevitable outcome of parkour’s disorganized origins. So many people at the start had to improvise technique based on a few grainy videos downloaded over 56k Internet and a handful of TV and HVS screen features. Those early practitioners had to figure out movements, and because they were so involved in that process they named them. The sense of invention and ownership that would have been part of that process makes sense to me.

There is however a second category of ‘renamers’ for whom the object of the process of renaming is to distance moves and themselves from the disciplinary history. They want credit as inventors and founders without paying homage to those who came before them. Here I worry a bit because this is the process by which we lose touch with where it all came from. When I look at the history of martial arts and how contested and bitter the fights between many traditions are, I can’t help but think that we could avoid so many of those errors by simply being less egocentric. I think we should know and teach the origins and terminology, but I think, if we do that, we should be free to use localized terms. I don’t think it’s hard to say: “This is a saut de chat, but we call it a catpass or a kong.” You don’t have to agree with the first generation and their ideas, but not acknowledging them is an act of egotism in my book.

I hate to see people use language to isolate, appropriate and control. Sadly, there’s a long history of people doing that. 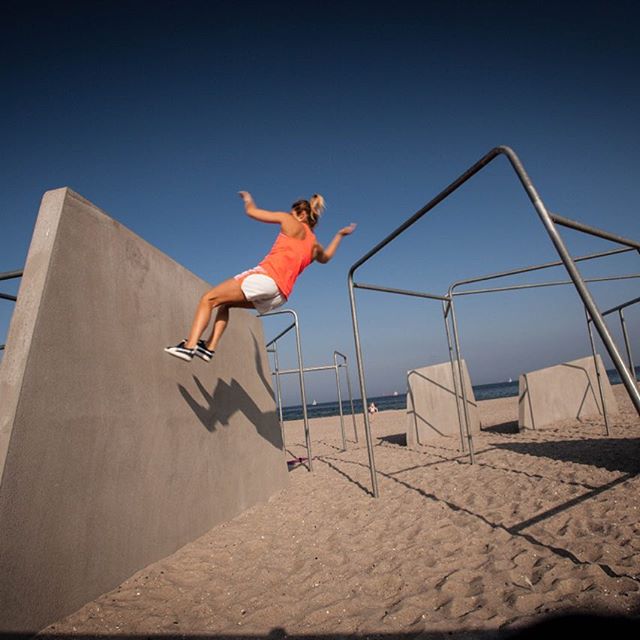 Alex: I do it all the time. I’ve always seen it as a gender-neutral term. Why? Am I missing something?

Alex: . Before I address the question directly, there’s something I need to say. When it comes to women in parkour there’s one big thing any supportive male practitioner can do to help: GET OUT OF THE WAY. This is surprisingly hard to do for many of us men. And it’s a mistake I’ve made myself. There have seen so many conversations among male leaders over the years about how to ‘fix’ gender imbalance. Even today, guys will sit around and discuss and dismiss community initiatives suggested by upcoming women in parkour. It makes us feel like we are helping, but if you take a step back it looks like paternalism: men making decisions for women ‘in their best interest’. Somewhere in there is the assumption that it’s our job to look after them – not very equal. Everyone has different obstacles to overcome before we meet at the pinnacle of skill. We (men) can help when we are asked, but it has to be at their request. Often it isn’t.

Coming from that angle, this is my thoughts on language. This is tough for me to comment on because I don’t have that much direct skin in the game. The rule of thumb is “if it doesn’t hurt anyone and helps others what possible issue can there be?”

Simultaneously, I’m a fan of acknowledging tradition, even in disagreement. I don’t think we will have anything akin to equality if we try to achieve it by choosing to forget the nasty components of our history. There are definitely bits of our sub-culture that are sexist (varies from place to place) and we need to work on that. But words alone are never going to fix that. The Queer community is a good example of this. They turned around decades of hate by taking control of the words that were used to hurt them. Policing language is like policing history; you can’t erase something by not talking about it. We must remember where we came from so we don’t lose track of where we’re going.

Alex: Definitely. The subculture can’t take action without these kinds of conversations. Communities tend to share political outlooks and parkour is a conglomerate of local communities. We learn from each other or live in isolated and territorial bubbles. As a topic of conversation, competition has been key to parkour identity, the progression of the evolution of the practice and the resistance of co-option. I think the APEX discussions were fascinating and important. There’s a tendency to assume that not arguing is somehow good for the international community. Nonsense. We can imagine this as an analogy of a couple having trouble in a relationship. One couple doesn’t talk to each other because they know they will argue. So they talk to others about their problems and live their lives side by side in silence to avoid a fight.Another couple argues all the time but defends each other to others. Which case is healthier? 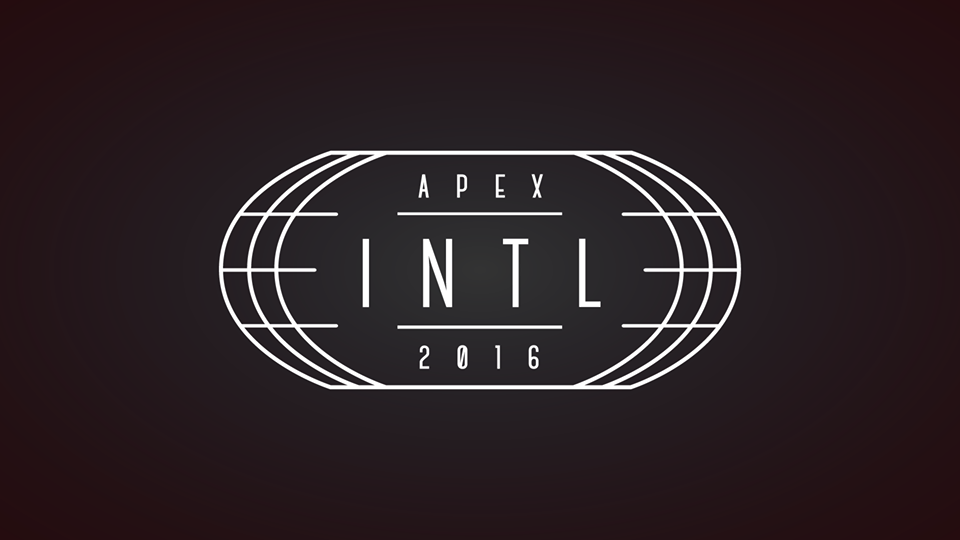 Alex: I think competition is here and it’s here to stay simply because there are enough community members that hold it as a personal cultural value. And I definitely would rather see it come from the community rather than be imposed by some other external party – As I said earlier, The Barclaycard World Freerun Championship is a good example of internal co-option. I’m happy to accept it, but do I think we need to embrace it? No.

My issue with competition is that it is so often such a failure of imagination. We have this new thing that comes out of the French-German anti-competitive tradition. And for many English-speaking people who are acculturated to competition this is mind-blowing idea. I’ve seen many communities, and it’s interesting to see how people deal with something new to them. Some have taken this non-competitive practice as a breath of fresh air – something new and interesting and an opportunity to learn. Then you get the people who just start to think about it on local established terms. To me, that’s just lazy and unimaginative. Like, “I have this new amazing French thing that I love and makes me happy… but I need to fix it so it’s less new and less French.”

I find it hilarious how many people treat their inability to cope with novelty as some kind of awesome and unique rebellion. There’s nothing progressive, edgy or original about adding competition to anything in an Anglo nation. I can’t think of anything more conservative. Cultivating a business, community, practice that is anti-competitive is the radical and edgy move in this context, albeit, significantly more challenging. Obviously, it’s a bit different from place to place.

Competition is dependent on context and the competitors.

Alex: I think we are getting pretty close to being settled. The debate remains open as long as some people continue to insist that there is no difference. But history generally pushes for diversification and this is where language becomes important. Parkour is a word that defines a specific practice which was defined by a specific guy in a specific place. Freerunning and Art du Deplacement were defined by different people in different places and refer to different practices. Words relate to history. Right now, everyone feels like they are inventing something or redefining something. But I feel like diversification is a matter of time. Parkour and freerunning are close and complimentary disciplines. So close that it can be tempting to blur boundaries in practice. But it’s not all just about practice, origin and history matters. I guess we’ll wait and see how it all plays out. 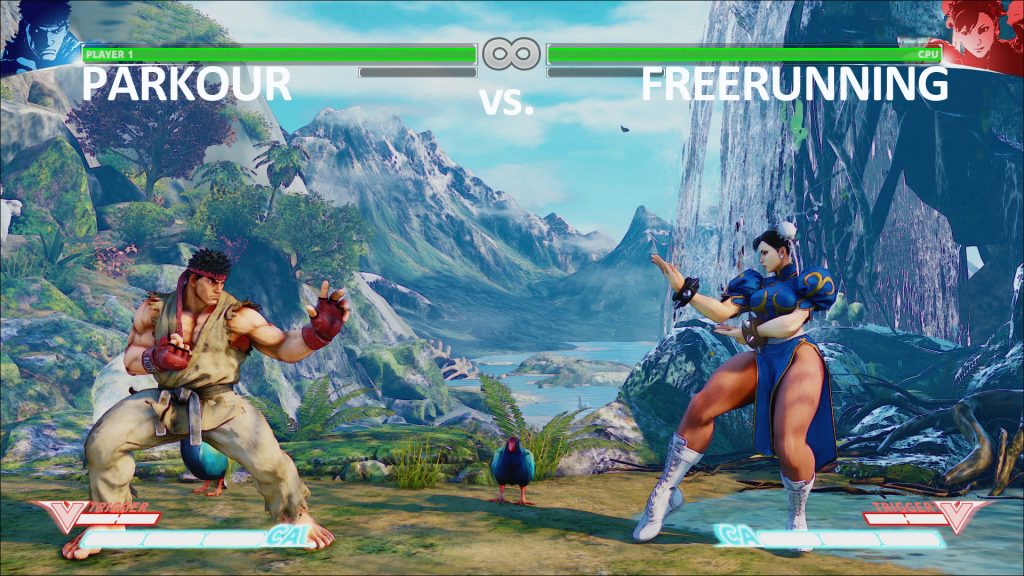 Alex – Intro: I moved around a lot, but I got to spend a few months in USA, Canada, Denmark, Russia and Ukraine. Then, shorter periods at each place (two weeks of so) moving around England, France and Japan. Also, I’ve been all over Australia except for Perth (sorry guys!). In some places I moved around a lot looking for regional communities. In other places I spent the time mostly in one place.

Alex: Leadership. I spent a long time thinking about this and trying to figure out the difference between tight and lose collectives. Leadership was the big factor. Wherever there was a person willing to spend a great deal of time articulating, teaching, defining ideas, there was always a strong community. These communities weren’t always unified – some were quite fragmented – but a strong leader was always important. Some would hate them, some would love them, but everyone needed someone to translate parkour from an abstract idea seen on videos into something that made sense to the people on the ground. Before you have a deeply involved local leader parkour is some cloud-like idea floating around on the Internet. Leaders translate that into real movement, local philosophy and then communicate it back into the international sphere. Without a defined and committed leader you just have small groups moving in a way that doesn’t really feed back to the next level. They may have good movement, but rarely does that become a community.

Alex: Think about the way your philosophy impacts people who are coming in. Pay attention to the things that work in other places and don’t let your pride stand in the way of good ideas.

Alex: Sorry to say, the publishers don’t want the thesis out before the book. So, there’s a ‘stay’ on open access. However, I can give people copies with good reason. Just send me an email. But, if you want more comics and more accessible language, wait for the book. 🙂

Alex: Just one thing: Contact me! Anyone who want to have a conversation, or share their experience. I’d love to hear it. I am still and always learning. Plus, PK Panels ideas are always very welcome.

At this point I want to thank Alex for all the time and effort he took for this interview. I am aware the written format is slow, needs a lot of time and is a pain in the ass, so thanks especially to Alex (and everyone else so far) who took their time to sit down and write all this. – Alex