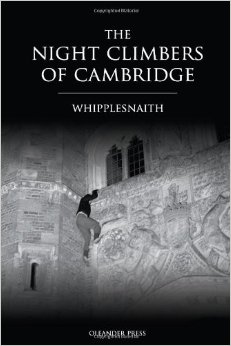 As a long time Parkour practicioner and passionate reader I am always looking for good movement related books. Interesting material on whatever subject, be it climbing, urban exploration, survival,… and of course Parkour. The following article is a short review of The Night Climbers of Cambridge. If anyone has any recommendations for me on what I could read please let me know on the Facebook page or via e-mail (alex@we-trace.at) 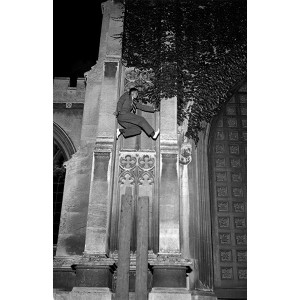 Written in the 1930s by a Cambridge (UK) student under the pseudonym Whipplesnaith, the Night Climbers of Cambridge is best described as a mixture of urban bouldering / free climbing history and the philosophy behind it. The book has become a classic in urban climbing literature (if there is such a thing) and when I stumbled across it looking for interesting movement related reads it instantly caught my eye.

Imagine the 1930s. It is a cold wet night when a group of students decide to take on yet another climbing challenge they set themselves. Mostly their climbing challenges take place on the renowned Cambridge university campus. All they are equipped with is their everyday clothes and maybe a rope (suits, shoes we would consider stiff the least,…). They have a goal but the risk of being caught could feature some uncertain consequences, maybe even get them banned from the uni let alone the potential danger they face during their climbs.

But I still would not consider them daredevils, I would say quite the opposite is the case and in many of the authors descriptions and views on things I could greatly identify a mindset that people involved in Parkour have as well. Especially the climbers relation to fear, potential danger and how they deal with it. 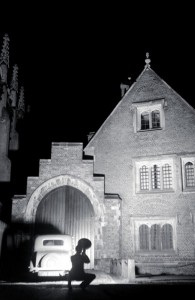 In one of the first chapters Whipplesnaith (real name: Noel H. Symington) explains that nearly every undergraduate in Cambridge used to “illegally” climb the college´s fences in an attempt to reenter the campus after closing hours. By doing so they avoided the monetary fine they would have had to pay and the anger from the porters.

BUT: “Usually he has been told of an easy way in: ´An absolute cinch, any fool can do it!´ but when the time comes he finds it somewhat fearful. Twelve feet of easy drain pipe is not so easy when he is eight feet from the ground. He hesitates, and keeps looking round to see if a proctor is coming to catch him and send him down from Cambridge to his weeping parents. At last, the ordeal ended, he finds himself in college, not quite sure whether to be proud or ashamed of himself. … He has had his first taste of night climbing.”

Most students would end their excursion of “night climbing” there but a handful got interested and wanted to do more. One of the major obstacles Noel describes is the inability to start. Many people would think “I always meant to do something like that myself, but somehow did nothing about it.”

Any similarities to Parkour? So what does Noel have to throw at people thinking that way?: “Do something about it, now. There must be hundreds of men throughout the university who feel that it is a sport they would like, and who lose it only through failure to make a start. … Do something definite; make arrangements to go out on the first fine night. By fine is meant any night when it is not raining;… .Find, if possible, a man with experience, however little, of night climbing, and ask him to take you out. If you know none, then take another beginner like yourself, and start together.”

And there you go. Noel just wrote the beginners tutorial for how to start Parkour or any sport I guess. In the 30s! He continues by mentioning how to conquer the fear of heights and that night climbing should be approached (like anything else) by going from easy to hard, first seeking easy routes and then gradually increasing difficulty over time. This sounds like common sense but then again think of all the people doing these immensely huge drops in their first months of Parkour.

In the following chapters basic techniques are explained. From climbing drain pipes to using “chimneys” (- two walls in a distance to each other so people can push themselves with their backs and feet against the wall and stay stable), the techniques are adapted to the possibilities provided by the campus architecture. 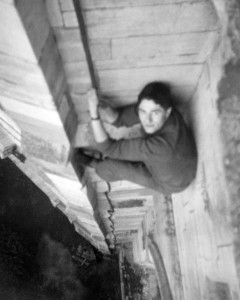 The book is filled with a lot of pictures of climbers in action, great quotes and stories about the nightly adventures, including a chase around the rooftops of the city with the police.

The only drawback / turn off for me was the meticulus description of climbing routes. Because I have no idea about the places the author talks about it was hard to imagine the routes and the problems he described. This should in no means though be a reason for not reading the book, it is great! And consider that for quite some time the public had no access to it as it was hidden away and not published until it was reprinted in the 50s and then 2007. So for me getting an affordable copy of The Night Climbers of Cambridge is a privilege that should be acknowledged.

If you know any other interesting reads just let me know, I am always on the lookout for new material.